An adult music format playing unfamiliar classics and breaking new songs; even taking currents off after they became hits. Does that work?

Seems like it does for BBC Radio 2, looking at their reach of 15 million. Where some Adult Contemporary stations only add a record after it’s peaked in Top 40, chances are that Radio 2 has dropped it weeks before to replace it by another highlight. At Radiodays Europe 2017, Head of Music Jeff Smith shared how they curate the playlist. And why they sometimes play a forgotten song from the past. “There are a lot of things that are part of the secret sauce.”

“WE NEEDED TO FIND A NEW DIMENSION IN POP” 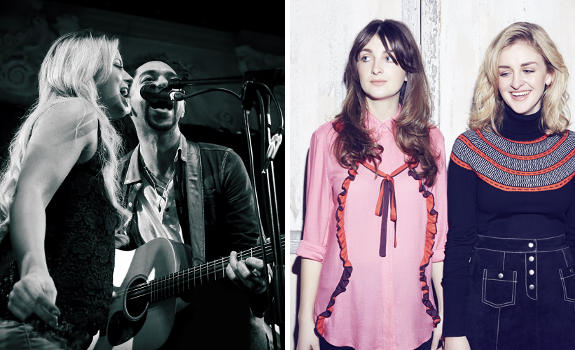 BBC Radio 2 supported UK Country artists like The Shires and Ward Thomas, partly because there was a lack of suitable mainstream Pop for the station (images: Anthony D’Angio, Sony Music)

The playlist is an important programming tool for BBC Radio 2, which has certain music quota attached to its broadcast license. The station is required to include 20% new music. According to Smith, they deliver about 26%. He specifies that 76% of that comes from UK artists, indicating it is “another big thing for the BBC” to adhere to. Radio 2 plays about 2 to 3; sometimes 4 currents an hour, which he thinks fits the station. “Our audience is far from dead; we’ve got an average age around 52.” As a Full Service with a broad range, they play some crossover songs that fit the format. “That Katy Perryrecord is a fantastic record”, he says, pointing to the single cover of Chained To The Rhythm. “It will stand the test in 20 years time. They want to hear that to be relevant to their kids.”

The door of BBC Radio 2’s music team seems to be very open for everyone. “Producers of playlist-using programs and specialist programs come and visit us from time to time, and advise us about music.” While the station receives a great deal of material every week, only a fraction makes it to the BBC Radio 2 playlist: “We have a choice of between 50 and 100 records, of which 5 go on.” To decide which are the happy few, they have a playlist committee of about 12 to 15 people, chaired by him as the station’s Head of Music. During the 1.5 hour music meeting, they only listen to a handful of songs. “I expect them to have heard the music beforehand, and select the songs they want to champion; to really pound the table that they want this record on the playlist.”

Former lead acts of BBC Radio 1, such as Robbie Williams, have become core artists of Radio 2 over the years, while others, like Ed Sheeran or Emeli Sandé, are played by both. “But”, he adds, “we’ve got distinct, individual things we’ve made by ourselves. There was not a lot of music coming to us a few years ago which was dedicated for Radio 2, other than very soft; very mellow ‘super AC’. We needed to find a new dimension in Pop. That’s part of the reason why we have embraced UK Country. The Shires and Ward Thomas are great stories about UK artists breaking through due to Radio 2’s core support.” 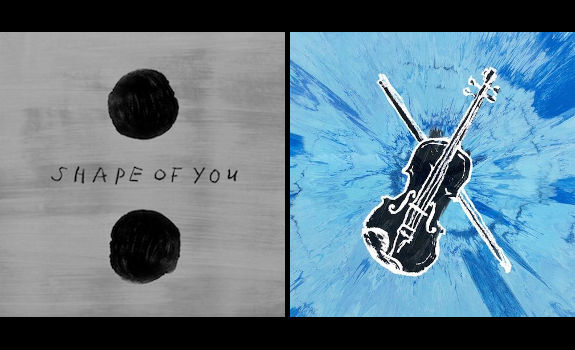 BBC Radio 2 is not doing research nor following charts to determine which singles or album tracks they’re removing from or adding to their playlist (images: Asylum Records, Atlantic Records)

Gavin James is one of the station’s Pop artists of today. Jeff Smith calls I Don’t Know Why (an A lister in March 2017) as “an incredible accessible Pop song” that “sounds contemporary” and is “one of those great radio records”. A “current core” act for BBC Radio 2 is James Blunt (“a smart guy, who reinvents himself all the time”), and in the Country realm, Maren Moris is in power rotation with My Church. “What I like to do, particularly when they get to an A list status, is have a discussion with the label about where the music is going. I’ve never seen the point of supporting an artist for one track, like I’ve never seen the point of playing a record once. When you get behind an artist, you get behind an artist.” The station has therefore played a few different Maren Moris songs so far.

It looks like BBC Radio 2 chooses to play some unusual artists, if their songs fit the format. Adding Something Just Like This was something he didn’t see coming, even though it’s featuring Coldplay. “We have never played The Chainsmokersbeforehand — but I wouldn’t say we wouldn’t, because songs like Paris will come through to be something like a Radio 2 record in the future.” A surprising name on that week’s B list (of current records) is Deep Purple, which celebrates it 50th anniversary in 2018. He thinks that the band’s recent album is a particularly good one. “One of the areas [where] we do get quite rightly criticised on a little bit at the moment is Rock.” It was one of their reasons to represent the “iconic” Rock of the British band. “It works within the mix.”

At the moment of the session, Shape Of You is already a big hit for Ed Sheeran, but he’s not on BBC Radio 2’s current A list. Instead, they went with Galway Girl for the B list. “We’re on and off, and faster than anybody else”, the music director says about how they’re dealing with current songs; a refreshing approach for an Adult Contemporary centred radio station. “There’s always another good record coming along for us, because we don’t test [songs]. Because we’re not waiting for records to burn, we got rid of Castle On The Hill and Shape Of You two or three weeks ago.” He considers ÷ to be a “very strong” album, and therefore likes to play all great songs from an album that fit the format, rather than just a few. “Galway Girl clearly is working for the audience. It’s a really good, contemporary Radio 2 record.”

“IT’S IMPORTANT TO HAVE THAT UPLIFTING VIBE”

The BBC Radio 2 playlist is completed by a C category of low-rotation currents, which will get about 3 to 5 plays a week. “Father John Misty is an interesting experiment for us”, Smith says. While comparing the album Pure Comedy, from which they play the Ballad Of The Dying Man to Elton John’s Tumbleweed Connection, he does realise that you will usually want to avoid playing a ballad on high rotation, unless it’s a huge record. “We think it will really work for our audience, but it’s quite a slow record; hard to play an awful lot.” The C list also reflects the musical breadth & depth of the station (as we’ve seen in part 1 of this article), with London Grammar’s Big Picture right next to Sailing by Vera Lynn, who then just recently celebrated her 100th birthday.

Speaking of tempo, how important is it to play mostly upbeat songs during morning hours, especially because BBC Radio 2 morning host Chris Evans has an energetic style of presenting? “It’s one of the discussions we’ve had with Chris when he started the Breakfast Show; he wanted to play that kind of music. We were saying that within Radio 2, we want to play a broad mix. But even for people who love laid-back music, this time of day is the most challenging to do that. There is an excuse with Pause For Thought at 9.15 every morning, where we sometimes can come out with a slow record. But on the whole, it’s important to have that uplifting vibe for the show.”

Certain songs will also be played for certain occasions, like Skee-Lo’s I Wish and Bob & Earl’s Harlem Shuffle on a day when the show got a visit from the Harlem Globetrotters. Other songs, such as C+C Music Factory’s Gonna Make You Sweat, are there from the idea to bring back 90s songs that people haven’t heard on the station for some time, hoping to attract a 30+ demographic. The music director is happy to work with presenters who love music, and who are able to introduce unfamiliar songs in an engaging way, enhancing the station’s music profile. Here’s how morning personality Chris Evans creates excitement and attention for Tracies’ The House That Jack Built, a ‘forgotten 45’ from the 1980s, using a certain theme as an excuse. 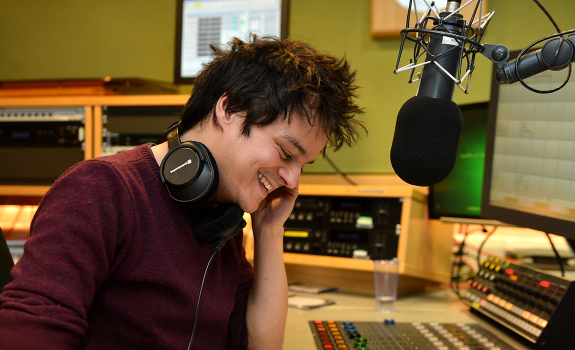 USE YOUR ‘SPICE’ SPARINGLY

Session host Nik Goodman notes that you wouldn’t expect the biggest radio station in the UK to play such an obscure song at 7:40 the morning, asking with a smile if that is part of BBC Radio 2’s secret sauce. “I think there are a lot of things that are part of the secret sauce; I’m still discovering it myself as I go through it”, Jeff Smith replies. He once heard former colleagues describe rarities like these as ‘once-a-year songs’. “Tracie is like that; you want to play it once a year. When you have the uniqueness of Chris, his love for pop hits from the past, and a theme, it’s a perfect opportunity. If you look at those hours, though, I see my Recurrents; I see the two playlist records; I see the hour openers… that’s all there.”

Radio 2 offers a lot of specialist shows during evenings and weekends, once of them hosted by singer/songwriter and pianist Jamie Cullum, who did an excellent interview series with Bill Joel for his Jazz program. After Smith was appointed as Head of Music, in March 2007, a lot of specialist shows that were programmed in the late evening, were moved to the early evening. “We put them at 7 PM now, so they are getting half a million listeners per day straight off the back of Simon Mayo Drivetime, and he links into them. He’ll chat with the presenters, and play a tune into them as well, so there is that push through from our daytime into our specialist program.” Apart from specialist evening shows, Radio 2 offers thematic playlists at night.

The station also has musicians coming in for interviews and live sessions. “I’ve never been the biggest fan of live music in daytime; I think it can get in the way of lots and lots of things. But if it’s great, and if it’s unique, and if you can extend the content into visualisation; another aspect of what we do in radio nowadays, I think that is a good reason.” Speaking of live, BBC Radio 2 does outdoor events as well; “immersing the audience in the brand” as marketing people would name it. He recalls doing this for the first time during his earlier days as music director of Radio 1, with an event that would evolve into today’s annual Big Weekend. “It’s a way of getting exclusive live content, but also — most importantly — representing our station to the audience in person.” 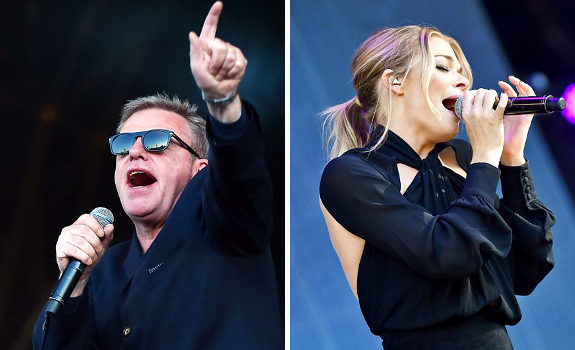 That’s said to be the number of visitors of the Radio 2 Live in Hyde Park 2016 festival (images: BBC)

One of their live music benchmarks is the Radio 2 In Concert series, featuring artists that can be heard on the station; from Robbie Williams and A-Ha to Noel Gallagher and Van Morrison. But the station’s main image event is probably the annual one-day Radio 2 Live in Hyde Park festival with a line-up including some of the biggest UK and international acts that fit the station’s music playlist and/or brand feel. According to a BBC Music video, Radio 2 Live in Hyde Park 2016 was attended by “55.000 people”. The production is on a tight schedule. “I’ll start working on the next year as soon as this one’s over.” While Jeff Smith can’t reveal this year’s line-up yet, he hints that it will be a special edition, as BBC Radio 2 celebrates its 50th birthday on September 30, 2017.

MUSIC SCHEDULING Q&A – HOW TO BUILD YOUR SONG CATEGORIES? Scroll to top